Aleph Male's Passover Beard Oil is inspired by the holiday of Passover, its connection to spring, and fragrance of myrhh which is associated with passion, energy, nature and healing.

Myrrh is a Jewish Fragrance

Why is myrrh the scent of Aleph Male’s Pesach Blend? First of all, it has a woodsy floral fragrance which is quite pleasant. Second, from a spiritual perspective myrrh has some strong associations with Passover. The holiday of Passover is associated with springtime when the natural world is growing and sprouting new buds and flowers. In fact, it is a biblical commandment in the Torah that Passover must fall after the spring equinox. Rabbi Abraham Issac Kook, the first chief Rabbi of pre-state Israel, penned a phrase associated with the Hebrew month of Nissan on which Passover falls, "The Exodus of Israel from Egypt will forever remain the springtime of the entire world."

There is a custom over the Passover holiday to read the Jewish love poem, the Song of Songs. Myrrh is frequently featured in the Song of Songs. In Chapter 5, verse 1, the male lover declares to his beloved, “I have come to my garden, my sister, O bride, I have gathered my myrrh with my spice” Later on, from the female perspective, the lover declares to her beloved, “I arose to open for my beloved, and my hands dripped myrrh, and my fingers flowed with myrrh.”  Myrrh is associated with passion, energy, desire and the pulsating life force connected to spring which is a big facet of the Passover holiday.

Speaking of life force, myrrh is also one of the spices used by Aaron (who was the High Priest of the ancient Israelites as they wandered in the desert), when he stopped a plague from killing the ancient Israelites. More specifically Aaron burned the Ketoret (the priestly incense formula of which myrrh was one of the spices) among the victims to turn back the plague. It says in chapter 16 of the Book of Numbers that when Moses and Aaron heard about the plague Moses said to Aaron, “Take the censer and put fire from the altar top into it and put incense. Then take it quickly to the congregation and atone for them, for wrath has gone forth from the Lord, and the plague has begun."

Then Aaron “took [it], just as Moses had said, and he ran into the midst of the assembly, and behold, the plague had begun among the people. He placed the incense on it and atoned for the people. He stood between the dead and the living, and the plague ceased.”

There is even a mystical Jewish teaching, cited by Rabbi Shneur Zalman of Liadi and many others, that one should chant the ingredients of the Ketoret, to ward of sickness.

Myrrh is also one of the main ingredients of the sacred anointing oil that was used in the Tabernacle and the First and Second Temple in Jerusalem. As it says in Deuteronomy Chapter 29 “The Lord spoke to Moses, saying: "And you, take for yourself spices of the finest sort: of pure myrrh five hundred [shekel weights]; of fragrant cinnamon half of it two hundred and fifty [shekel weights]; of fragrant cane two hundred and fifty [shekel weights], and of cassia five hundred [shekel weights] according to the holy shekel, and one hin of olive oil. You shall make this into an oil of holy anointment, a perfumed compound according to the art of a perfumer; it shall be an oil of holy anointment.”

It’s important to note that besides myrrh, Aleph Male Beard Oil and Aleph Male Beard Balm, are both made with olive oil from olives that are grown, harvested and pressed from here in the Land of Israel, similar to the olive oil that was used in sacred anointing oil during the times of the ancient First Temple and Second Temple in Jerusalem.

So from an Aleph Male perspective, myrrh is a great scent to use for our Pesach blend. We hope that everyone who uses it enjoys this unique holiday fragrance and feels inspired to know they are connecting to a scent that runs deep into Jewish history.

Use Aleph Male Beard Oil to:

Did you know? According to Jewish spirituality when you wear a beard, you open the gates of blessing. The beard is one of the hallmarks of Jewish sacred masculinity. Thousands of years ago the Hebrew Bible describes how the ancient Israelites would anoint priests and kings with sacred oils. In Psalm133 King David refers to the ‘goodly oil’ that ‘runs down the beard’ of the Aaron the High Priest.

Also, the Aleph (א) is the first letter of the Hebrew alphabet and symbolizes Unity and creativity. An Aleph Male is a man, a mensch, who tunes his spirit to his highest self and Aleph Male beard care is here to tune your beard to a higher level of majesty. Handmade from 100% natural ingredients including oils and beeswax from Eretz Yisrael (the Land of Israel) Aleph Male makes your beard look kingly, feel fresh and soft, and smell amazing.

The Passover Beard oil is the best yet that they’ve made it smells very good already use 3/4 of the beard oil already! It makes your beard so soft and smelling good and looking good 👍 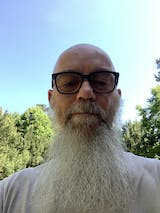 Yet another amazing product from Eitan, embedded in the very special feast of the Passover . Todah Rabah Eitan & Aleph Male🙏Piotr from New Zealand 🙋‍♂️🙂

C
Carnage G.
Ever have a beard product that was so good you hated to use it?

Leg me explain. The products I have purchased from Aleph Male are just that good. The feeling in beard is light and not greasy or heavy. The only way I know that I have the product in my beard is the incredible fragrance. I have never wore such a long lasting pleasant fragrance as Passover. It's going to be difficult to use it all up and have an empty bottle. But as they say all good things must come to an end! Shalom!!! 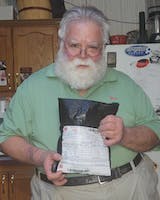 I love all of the products Aleph Male comes out with. My wife even puts it in the baby’s hair and says you need to come out with an Aleph baby lines

Another awesome product from Aleph Male. Thanks.